Mr. Walker was admitted to The Florida Bar in 2013. He also is admitted to practice in all three Federal District Courts of Florida. Mr. Walker began his practice with a firm focusing primarily on representing banking and lending institutions with foreclosures and bankruptcy cases. His practice required consistent attention to litigation, discovery matters and trials. He worked for a firm defending employers and their insurance companies concerning workers compensation claim.

Mr. Walker is a member of the Greater Orlando Builders Association which works to protect the interests of developers and builders through promotion of legislation and county ordinances.

He is married to Jessica. They have one girl and enjoy going to the beach and Disney World together. They have two dachshunds, Molly and Charley, who run the house. Mr. Walker’s interests include spending time with his family, playing cello and cooking. 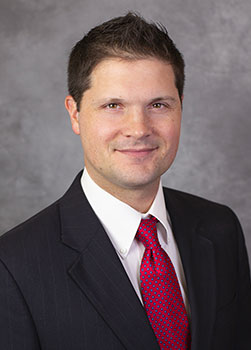 Get Your First Consultation FREE!